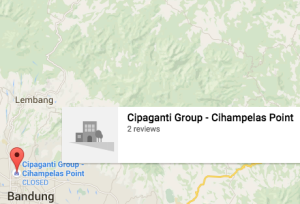 The Little Fireface Project (nocturama.org) is an organization that specializes in the conservation of Javan Slow Lorises. Based in Cipaganti, a region of West Java, the Little Fireface Project conducts research at the border of a massive rainforest: the lush Cloud Forests of the Western Javan wilderness. The Western Javan rainforests are located in a montane equatorial biome that serves as a abundant ecological resource to a highly diverse group of organisms.

Recently, unfortunately, one of these Western Javan organisms has become critically endangered due to human disturbance: Nycticebus javanicus, the Javan Slow Loris, is a close cousin of the pygmy slow loris, which has recently been subject to significant media attention:

The media attention drawn from this video ultimately led to a rise in demand for slow lorises as pets. The true extent of the impact of media attention on slow loris conservation, however, is still not fully understood.

The Javan Slow Loris is an example of a collateral species suffering in the wake of the Pygmy Slow Loris’s media attention. This strepsirrhine primate has suffered two consequences from the increase in the exotic pet trade: the direct consequence is that the charismatic Javan Slow Lorises have become coveted as a pet over more robust, less charismatic species.

An indirect consequence is that the Javan Slow Loris is being outcompeted by many invasive loris species that were introduced to the forest due to a lack of understanding of the speciation of the loris family. Due to this lack of understanding, conservation efforts have accidentally released several robust slow loris species into the same biome as the Javan Slow Loris.

Thus, the very same ineffectual features that allow Javan Slow Lorises to become uniquely good pets among the lorisoid family also allowed them to be outcompeted by other, more physically robust species.

As such, the Javan Slow Loris has become a species of paramount conservational concern. In order to assist the Javan Slow Loris in its recolonization of its previous niche within the Western Javan Biome, we must understand the factors that are currently negatively impacting the species.